What makes our product unique? 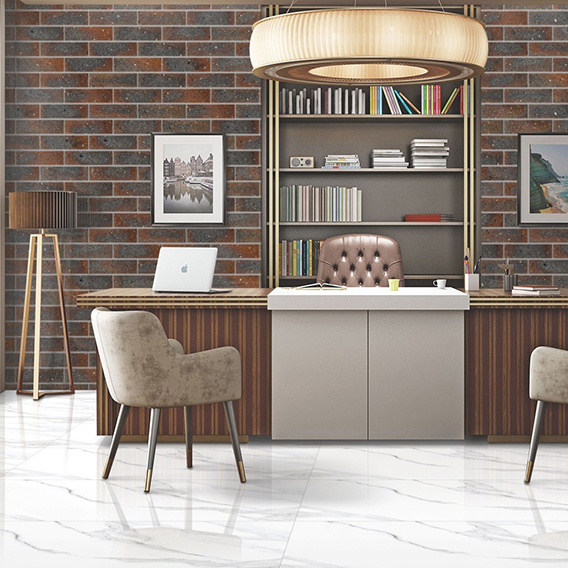 Manufactured in South-Africa, our clay bricks are fired in a clamp kiln, through a process that is unique to Africa.

Extremely durable, clay face bricks are cut into 9mm slices, these we call brick tiles or brick slips, that is then used for cladding.

When the clamp kiln is unpacked, the various colors are classified and sorted into a pre-determined color range, ranging through purple, dark red,  and then to yellow, brown and even red borders with black streaks inside.

Face bricks similar in color range are stacked into a tile cutting machine where several diamond blades will cut the bricks into brick tiles. With this process, we exposes the earthy beauty colors hidden inside the face bricks.

No brick tile is identical to the other, however a certain range of bricks tiles will render a arm age of similar colors, rendering a cone of a kind tiled wall with an aesthetic and unique, earthy appearance

Artificial firing conditions, will not render face bricks with such color variety, making clay brick tiles from South-Africa unique in texture and appearance.

Our brick tiles are lightweight chemically inert, acoustically sound and strong, so they will last a lifetime.

The color of fired clay bricks is influenced by the physical, chemical and mineral content of the raw materials, the firing temperature, and the atmosphere in the kiln.

Most bricks burn to various red hues; as the temperature is increased the color moves through dark red, purple, and then to brown or grey at around 1,300 °C (2,372 °F).

Fired clay bricks are extremely durable and can withstand the most severe climatic conditions for more than 10,000 years.

Modern manufacturing is still based on ancient principles.

Our ancient civilizations inhabited various wide river basins, some were suitable for the accumulation of alluvial sediments that was used to manufacture bricks. The art of building with bricks were developed in that time.

Our need to build highly durable high-rise structures was the motivation for fired brick manufacturing.

Clay bricks have been widely preferred as a building material because of their high compressive strength, durability, fire and weathering resistance, and thermal and sound insulation. Therefore, fired bricks were more favorable than sun-dried bricks.

The irony is, that modern face bricks are no more durable than clay bricks made in Roman times, only more expensive.

The picture below illustrates all the essential stages of the brick manufacturing process. Today, all these traditional principles are followed as indicated although modern equipment is used. 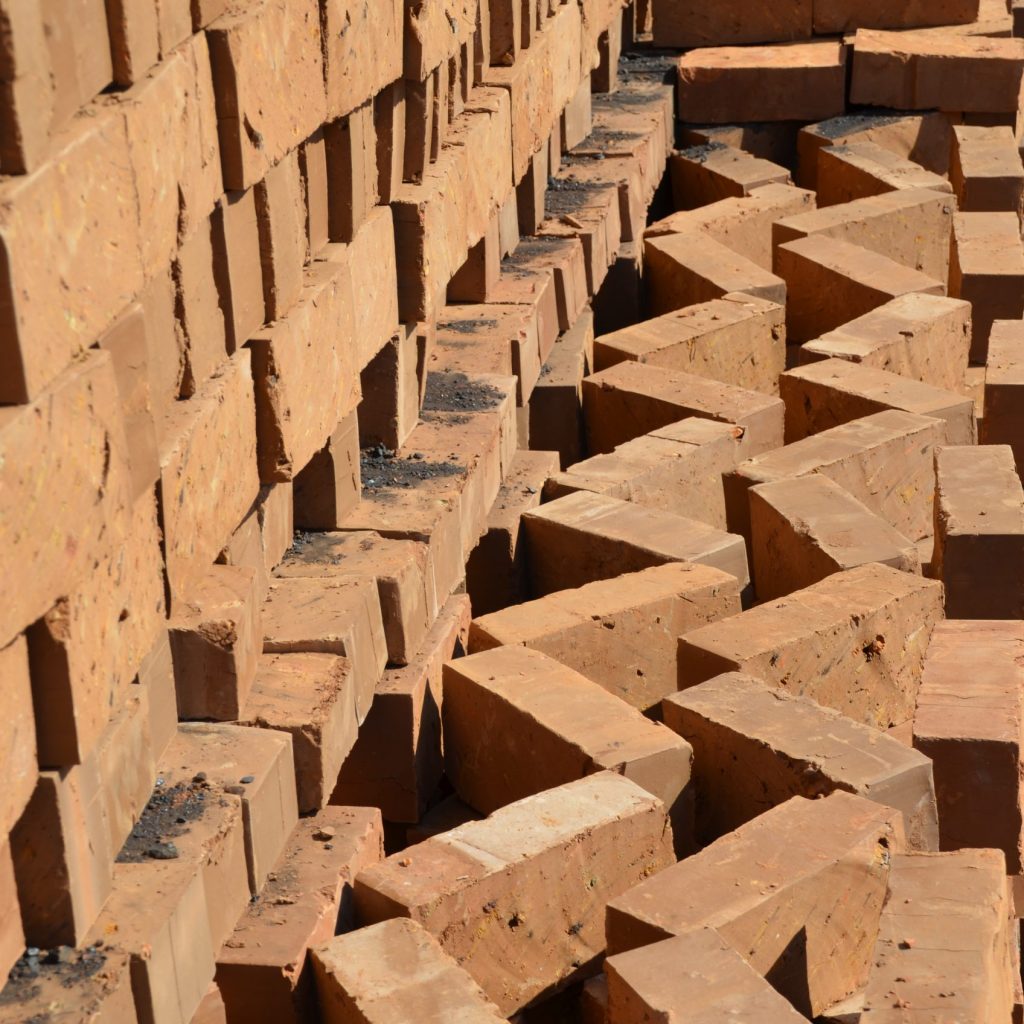 The use of unfired clay bricks used in the construction of dwellings can be dated back to about 7500 BC. Primitive people for thousands of years built their shelters with anything they could lay their hands on to try and protect them from the elements, like stone, rock, branches, palm tree leaves, mud, and clay.

Fired clay bricks can be called man-made rock as it has the same properties as a natural (primitive) rock. Fired clay bricks are formed from clay and then fired up to at least 1000° C. This process returns the weathered clay into the natural rock it was derived from. These bricks will again take a couple of million years to weather back into clay.

The Sumerians were the most advanced group of people in the ancient world and lived in Mesopotamia, a land between the Euphrates and Tigris rivers surrounded by dessert. They were intelligent and educated in that they were the pioneers in civilizing the world. They were the first civilization able to count in a decimal format. They were the first to “invent” the hour, 60 minutes, and 60 seconds, as well as dividing a circle into 360 deg.

Living in a huge desert, like most people of that time, there was little rock and stone available and houses were made from mud and clay mined from the river banks. Every year in the rainy season, the rivers will flood the flood plains and the houses’ walls would “melt” back to mud. About 2600 BC this problem was solved by firing the clay. The clay brick, as we know it today, 4600 years later, is still made in the same way. It must have been an incredible moment in evolution for that era where every chore had to be repeated daily, like hunting for food and putting up a shelter. After the discovery, the shelter problem was solved by not having to rebuild your house yearly. It was able to stand forever!

In Europe, where wood and timber were abundantly available, most people built their houses with wood. In 1666, the city of London burnt down completely, because of the narrow streets and the dry wood the houses were built from. After this disaster, London was rebuilt, but only stone and rock were allowed. Fired clay bricks were introduced because of the slow supply of stone and rock. At that time, the London town fathers made an extra income for the city by charging the people a levy on each brick they built with, much like the levy we pay on electricity today. Manufacturers then commenced making larger units to pay fewer levies. Bricks became too large to handle by hand and the product size reverted to the size we still use today.

Why? – so that an average man can easily pick it up and handle it with one hand.

Brick length is 2 x width and 3 x thickness – why? – so that you can build in a bond to ensure wall strength.

Clay Bricks were also the origin for the following:

Standardization: The first item ever to be made in a mould and not just shaped by hand.

Production lines: standardizing articles to be the same in size, color and weight led to mass production.

Trademarking: Brickmakers were the first to mark each brick with their mark or name before it was fired. This system started when the Israelites were slaves in Egypt and each individual was forced to make a certain quantity of bricks every day. The only way to distinguish between different manufacturers was to count each slave’s daily production and they only counted bricks with names or marks on them.

(With recognition and appreciation to Dr. B van Graan for history and relevant info)